← back to
Légère Recordings 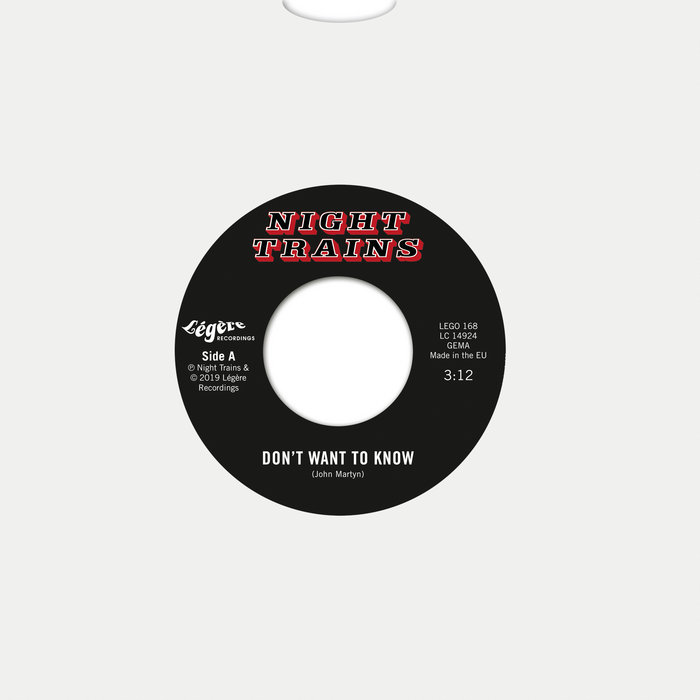 Tracklisting 7inch vinyl:
A) Don't Want To Know
B) Do Anything You Wanna Do

PLEASE NOTE WHEN YOU PURCHASE: "Only Want To Know About Love" IS ON THE DIGITAL RELEASE ONLY, AND "Do Anything Wanna Do" IS ON THE VINYL ONLY AND YOU WILL NOT GET IT AS A STREAM OR DL WITH THIS PURCHASE

"These are wo songs from the very polarities of musical genres and style, but still sharing a similar universal message and sentiment. 'Do Anything You Wanna Do' made me want to 'break out of the city" many years ago and be in a band (which is exactly what I did!). 'Don't Want To Talk' made me question as a young man what is really important in life (which I still do). But it was only very recently that I felt any sort of fool hearted confidence to even possibly attempt my own very different musical spin on both- So it is with great relief that Eddie & The Hot Rods have just given their official thumbs up for our version of their timeless classic 'Do Anything You Wanna Do'. John Martyn sadly is no longer with us, so I can only but hope that somewhere out there beyond the 'Solid Air' he is digging our heartfelt, humble tribute to his fantastic song."
HUGH BROOKER (NIGHT TRAINS)

Night Trains were formed in 1987 by bassist, producer and DJ Hugh Brooker and along with Galliano became part of the first wave of acts to sign to Acid Jazz Records. Giles Peterson and Baz Fe Jazz released Night Trains' critically acclaimed debut album “Checkmate” on their B.G.P [Beat Goes Public] label in 1990. Returning to Acid Jazz Records in the early 90s, the band released two new albums “Loaded” and “Sleazeball” along with several singles and EPs. Night Trains played live extensively across Europe and Japan to promote these records supporting and touring with artists as diverse as Fatboy Slim, Jamiroquai, Gil Scott Heron and Afrika Bambaataa. Brooker currently DJs globally and has been co-writing with and remixing and producing for artists as diverse as Sophie Ellis-Bextor and Earth Wind and Fire. Summer 2012 saw the return of Night Trains to Acid Jazz Records with the 7inch vinyl release of "No More Heroes", a stomping northern soul reinterpretation of The Stranglers' 70s New Wave classic. A teaming with Tim Walkers Back Burna records in 2015 resulted in the uplifting soulful 7inch "Black Whip" and summer 2017 sees the band turning full circle and reuniting, for the first time in 27 years, with sublime vocalist Jennie Bellestar Matthias (Belle Stars) on "Do Anything You Wanna Do", co-produced by James Johnstone [Pigbag) and the magnificent Najwa on the Night Trains version of the John Martyn classic "Don't Want To Know".

Bandcamp Daily  your guide to the world of Bandcamp

Featured sounds by K.Spark and WIZDUMB, plus Basi joins the show to discuss his latest release.